Department of Geography
University of Manchester 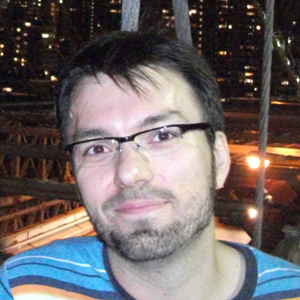 Stefan Bouzarovski is a world-leading authority on issues of energy poverty, justice and equity. He is Chair of the European Union Energy Poverty Observatory, and leads the ENGAGER (European Energy Poverty: Agenda Co-Creation and Knowledge Innovation) network funded by the European Co-operation in Science and Technology scheme. His recent work in these domains is embodied in the books Energy Poverty (Palgrave, 2018), Research Companion on Energy Geographies (Routledge 2017) and Energy Poverty in Eastern Europe (Ashgate/Routledge 2007), as well as more than 70 peer reviewed papers in top international journals. A grantee of the European Research Council between 2013 and 2018, he has received research funding for more than 40 projects supported by the European Union, UK research councils, as well as various corporate and charitable bodies.

Professor Bouzarovski’s research interests also concern the area of urban transformations – as reflected in his current Directorship of the Collaboratory for Urban Resilience and Energy at the Manchester Urban Institute. He has also been exploring the relationship between household everyday practices and residential change in inner-city areas – the subject of his monograph on Retrofitting the City (IB Tauris, 2016). Underpinning much of his work is a desire to develop of innovative methods for conceptualizing and representing space and territory – a topic explored in a co-edited volume on New Worlds from Old Texts (Oxford University Press, 2016).

Professor Bouzarovski currently holds a Visiting Professorship at the Department of Geography, University of Bergen; and an External Professorship at the Institute of Geography, University of Gdansk. He has previously held visiting university appointments in Prague, Bruges, Berlin, Stockholm, Brisbane, Turin and Erkner. He was awarded the prestigious Dulverton and Scatcherd European scholarships at the University of Oxford between 1999 and 2003. He was the Larkinson Scholar at St Hugh’s College between 2000 and 2002, and a Junior Research Fellow at Christ Church College between 2004 and 2007. Part of his work has been published under the name Stefan Buzar.

Professor Bouzarovski’s work has informed the policies of the European Union, World Bank, International Energy Agency and United Nations, as well as a number of advocacy groups and governmental bodies across the world.

Stefan can be contacted at stefan.bouzarovski (at) manchester.ac.uk. His staff pages at the University of Manchester are located here.

An archive of Stefan’s posts on this website can be accessed through this link.